A chatbot is a software application used to conduct an on-line chat conversation via text or text-to-speech, in lieu of providing direct contact with a live human agent. Designed to convincingly simulate the way a human would behave as a conversational partner, chatbot systems typically require continuous tuning and testing, and many in production remain unable to adequately converse or pass the industry standard Turing test. The term “ChatterBot” was originally coined by Michael Mauldin (creator of the first Verbot) in 1994 to describe these conversational programs.

Most chatbots are accessed on-line via website popups or through virtual assistants. They can be classified into usage categories that include: commerce (e-commerce via 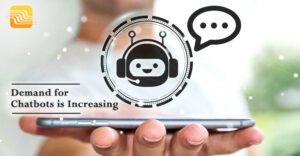 Chatbots – also known as “conversational agents” – are software applications that mimic written or spoken human speech for the purposes of simulating a conversation or interaction with a real person. There are two primary ways chatbots are offered to visitors: via web- based applications or standalone apps.

How Do Chatbots Work?

At the heart of chatbot technology lies natural language processing or NLP, the same technology that forms the basis of the voice recognition systems used by virtual assistants such as Google Now, Apple’s Siri, and Microsoft’s Cortana. 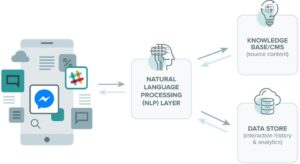 Chatbots process the text presented to them by the user (a process known as “parsing”), before responding according to a complex series of algorithms that interprets and identifies what the user said, infers what they mean and/or want, and determine a series of appropriate responses based on this information.

Some chatbots offer a remarkably authentic conversational experience, in which it’s very difficult to determine whether the agent is a bot or a human being. Others are much easier to spot (much like the T-600 series of murderous robots in the popular Terminator sci-fi action movies):

Chatbots are preferred by most of the businesses in India. One of the greatest advantage of chatbot’s over apps is that, they don’t have a download option, which is preferred by 90% of the users. Though, it has a list of advantages, one must thing to consider is “chatbots act like human to converse with humans”. No wonder that, people have negative opinion on chatbots as they don’t meet up to user’s satisfaction. But emerging technologies like AI help to over come this negativity.

Some of the chatbots which I find useful in India are: